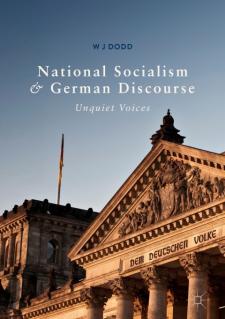 In this discourse history, W J Dodd analyses the ‘unquiet voices’ of opponents whose contemporary critiques of Nazism, from positions of territorial and inner exile, focused on the ‘language of Nazism’. Individual chapters review ‘precursor’ discourses; Nazi public discourse from 1933 to 1945; the testimonies of ‘unquiet voices’ abroad, and in private and published texts in the ‘Reich’; attempts to ‘denazify the language’ (1945-49), and the legacies of the Nazi past in a retrospective discourse of ‘coming to terms’ with the Nazi past. In the period from 1945, the book focuses on contestations of ‘tainted language’ and instrumentalizations of the Nazi past, and the persistence of linguistic taboos in contemporary German usage. Highly engaging, with English translations provided throughout, this book will provide an invaluable resource for scholars of discourse analysis, sociolinguistics, and German history and culture; as well as readers with a general interest in language and politics.