The Naturalisation of the Supernatural 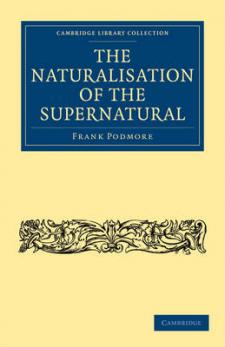 A founding member of the Fabian Society and a prominent member of the Society for Psychical Research, Frank Podmore (1856-1910) occupied a unique position in British political and scientific society. From his undergraduate days at Oxford until his untimely death in 1910, he harboured a fascination for the supernatural, hallucinations and mesmerism. Published in the final years of his life, during a period of prolific writing and introspection, this 1908 work was the result of exhaustive personal research and first-hand observation. Although fascinated by his chosen subject, Podmore never abandoned his scientific stance and demonstrates a level of scepticism rarely found among the more committed Victorian spiritualists. The result is a scholarly but entertaining series of case studies, which remains one of the most authoritative works on the phenomenon of spiritualism.