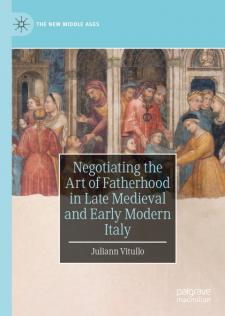 Negotiating the Art of Fatherhood in Late Medieval and Early Modern Italy examines contested notions of fatherhood in written and visual texts during the development of the mercantile economy in fourteenth- and fifteenth-century Italy. It analyzes debates about the household and community management of wealth, emotion, and trade in luxury “goods,” including enslaved women, as moral questions. Juliann Vitullo considers how this mercantile economy affected paternity and the portraits of ideal fatherhood, which in some cases reconceived the role of fathers and in others reconfirmed traditional notions of paternal authority.