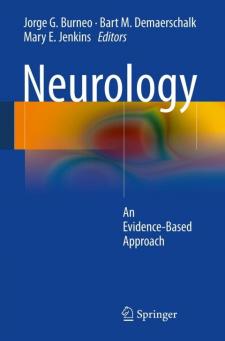 Evidence-based Clinical Practice (EBCP) is the conscientious, explicit, and judicious use of current best external evidence in making decisions about the care of individual patients. In neurology, practice has shifted from a rich, descriptive discipline to one of increasingly diagnostic and therapeutic interventions. Providing a comprehensive review of the current best evidence, Neurology: An Evidence-Based Approach presents this type of evidence in a concise, user-friendly and easily accessible manner. The three co-editors of this important volume are linked in their passion for evidence-based clinical practice in the clinical neurological sciences, connected to a common historical origin at the University of Western Ontario (UWO), London, Ontario Canada and influenced directly by Evidence-Based Medicine teachings of McMaster University, Hamilton, Ontario Cananda. The book is organized in three sections: Basics of Evidence-Based Clinical Practice, with an introduction to the topic, a chapter on the evolution of the hierarchy of evidence, and another chapter on guidelines for rating the quality of evidence and grading the strength of recommendation. The second section, Neurological Diseases, provides an illuminating overview of evidence-based care in ten of the most common areas in neurologic practice. The final, third section provides an outstanding roadmap for teaching evidence-based neurology with a chapter on the Evidence-Based Curriculum.  A superb contribution to the literature, Neurology: An Evidence-Based Approach offers a well designed, well written, practical reference for all providers and researchers interested in the evidence-based practice of neurology.