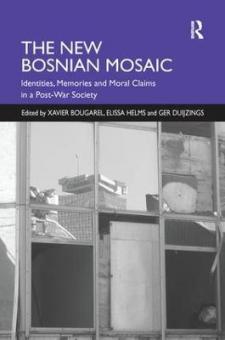 Since the violent events of the Bosnian war and the revelations of ethnic cleansing that shocked the world in the early 1990s, Bosnia has become a metaphor for the new ethnic nationalisms, for the transformation of warfare in the post-Cold War era, and for new forms of peacekeeping and state-building. This book is unique in offering a re-examination of the Bosnian case with a 'bottom-up' perspective. It gathers together cultural anthropologists and other social scientists to consider the specificities of the Bosnian case. However, the book also raises broader questions: what are the consequences of internecine violence and how should societies attempt to overcome them? Are the uncertainties and the transformations of Bosnian post-war society due entirely to the war, or are they related to wider processes encompassing post-communist Europe as a whole? And are the difficulties experienced by international state-building operations mainly due to distinctive features of the local societies or are they due to the policies promoted by the international community itself?