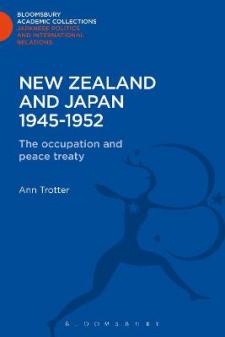 An account of New Zealand's relations with Japan during the years immediately following World War II. Drawing upon primary sources, the book examines New Zealand's part in the work of the Far Eastern crimes trials, in the Commonwealth Occupation Force, in the War Crimes trials and in the Peace Treaty debate. A key account of New Zealand's post-war foreign policy, this study also contributes to the history of post-war Japan and is intended for students of international history and Japanese studies.

First published in 1990, this title is part of the Bloomsbury Academic Collections series.