Is the Newtonian Astronomy True? 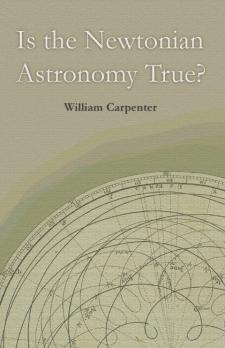 “Is the Newtonian Theory True?” comprises a series of letters written by the author to various editors of scientific periodicals attempting to refute “Newtonian Theory” and other contemporary scientific ideas. Newtonian Theory refers to Newton's ideas of the laws of motion and universal gravitation that dominated scientists view of the physical universe for three centuries. This volume looks at the ideas of Newton and other historical astronomers while trying to point out inaccuracies and weaknesses to their arguments. Contents include: “Globularity”, “Eclipses”, “Gravity”, “The Globe's Motion”, “Confession of Copernicus”, “Atmospheric Pressure”, “Light”, “Ship on the Horizon”, “The Higher Criticism”, “Moses and Geologists”, “The Torah of Moses”, “Geology”, etc. This fascinating volume will appeal to those with an interest in the developmental of modern scientific theories and alternative ideas. Many vintage books such as this are increasingly scarce and expensive. It is with this in mind that we are republishing this volume now in an affordable, high-quality, modern edition complete with a specially-commissioned new biography of the author.