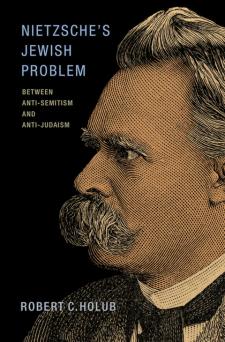 The first comprehensive account of Nietzsche's views of Jews and JudaismFor more than a century, Nietzsche's views about Jews and Judaism have been subject to countless polemics. The Nazis infamously fashioned the philosopher as their anti-Semitic precursor, while in the past thirty years the pendulum has swung in the opposite direction. The increasingly popular view today is that Nietzsche was not only completely free of racist tendencies but also was a principled adversary of anti-Jewish thought. Nietzsche's Jewish Problem offers a definitive reappraisal of the controversy, taking the full historical, intellectual, and biographical context into account. As Robert Holub shows, a careful consideration of all the evidence from Nietzsche's published and unpublished writings and letters reveals that he harbored anti-Jewish prejudices throughout his life.Nietzsche's Jewish Problem demonstrates how this is so despite the apparent paradox of the philosopher's well-documented opposition to the crude political anti-Semitism of the Germany of his day. As Holub explains, Nietzsche's &quote;anti-anti-Semitism&quote; was motivated more by distaste for vulgar nationalism than by any objection to anti-Jewish prejudice.A richly detailed account of a controversy that goes to the heart of Nietzsche's reputation and reception, Nietzsche's Jewish Problem will fascinate anyone interested in philosophy, intellectual history, or the history of anti-Semitism.