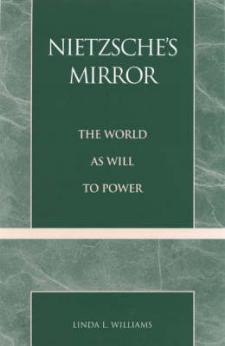 Nietzsche's Mirror introduces the reader to one of the most central and pervasive themes in Friedrich Nietzsche's works-will to power. The book traces Nietzsche's use of the terms 'power,' 'will,' and 'will to power' as they are presented in both the works he authorized for publication and his literary remains, called the Nachlass. The author demonstrates that will to power as it is presented in the Nachlass differs from the way it is presented in the works Nietzsche authorized for publication before his collapse in 1889. Then it is argued that the problems that the Nachlass poses for scholars suggests that the Nachlass material should not be held in the same regard as the works Nietzsche authorized for publication. Because of the discrepancy between the published and unpublished writings, will to power should not be interpreted as a metaphysical principle operating behind the world, since the metaphysical-sounding passages are located in the Nachlass, but rather as a tool for interpreting relations, especially human relations, within the world. The final chapter examines Nietzsche's unique style of writing, which the author calls 'mirror writing.' Mirror writing is a technique Nietzsche deliberately employs in order to have such visionary themes as will to power, master morality, and eternal recurrence reflect the reader's values back to himself. Since this book is meant to be an introduction to will to power, at the end of each chapter is a list of additional books, so that the reader can delve further into the themes presented in the chapter, such as Nietzsche's biography, ethics, writings on truth, and eternal recurrence.