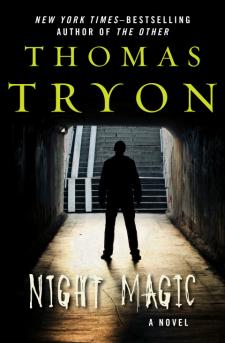 ';A slick Manhattan spin on the story of the sorcerer's apprentice' from the New York Timesbestselling author of the horror classic The Other (Chicago Tribune). Though he bills himself as the Greatest Magician in the World, Michael Hawke is painfully aware that he's nothing more than a sidewalk. He plies his trade outside the Metropolitan Museum of Art, entrancing passing crowds with feats of conjuring and sleight of hand. One afternoon, he plays a trick on a shabbily dressed man whose beard is twisted and whose glass eye gives him a sinister leer. Offended, the man responds with magic of his own, casting a spell that causes Michael to hop like a frog, maniacally splashing in the fountain until the police have to haul him out. When he recovers from this trance, Michael knows that he has encountered a true magician, one whose secrets he will give anything to understand. But this is black magic, mysterious and deadly, and pursuing it will mean a confrontation with an evil older than civilization itself.