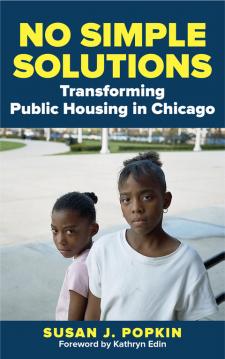 In this book, Sue Popkin tells the story of how an ambitious—and risky—social experiment affected the lives of the people it was ultimately intended to benefit: the residents who had suffered through the worst days of crime, decay, and rampant mismanagement of the Chicago Housing Authority (CHA), and now had to face losing the only home many of them had known. The stories Popkin tells in this book offer important lessons not only for Chicago, but for the many other American cities still grappling with the legacy of racial segregation and failed federal housing policies, making this book a vital resource for city planners and managers, urban development professionals, and anti-poverty activists.