The Novel of Neronian Rome and its Multimedial Transformations 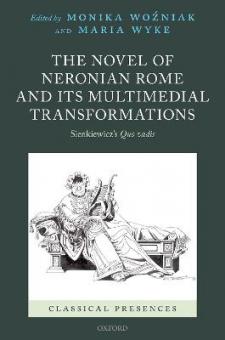 The Polish writer Henryk Sienkiewicz was awarded the Nobel Prize for literature in 1905 largely on the basis of his historical novel Quo vadis: A Narrative of the Time of Nero. The novel's vivid and moving reconstruction of religious persecution and struggle against tyranny catapulted its author into literary stardom. But, before long, Quo vadis began to 'detach' itself from the person of its author and to become a multimedial, mass culture
phenomenon. In the West and in the East, it was adapted for stage and screen, provided the inspiration for works of music and other genres of literature, was transformed into comic strips and illustrated children's books, was cited in advertising, and referenced in everyday objects of material culture. This volume explores
the strategies Sienkiewicz used to recreate Neronian Rome and the reasons his novel was so avidly consumed and reproduced in new editions, translations, visual illustrations, and adaptations to the stage and screen across Europe and in the United States. The contributions render visible for English-speaking readers the impact of a Polish work of high literature on the presence of Nero, Christian persecution, and ancient Rome in Western popular culture.