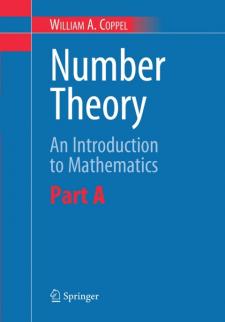 This two-volume book is a modern introduction to the theory of numbers, emphasizing its connections with other branches of mathematics. Part A is accessible to first-year undergraduates and deals with elementary number theory. Part B is more advanced and gives the reader an idea of the scope of mathematics today. The connecting theme is the theory of numbers. By exploring its many connections with other branches a broad picture is obtained. The book contains a treasury of proofs, several of which are gems seldom seen in number theory books.