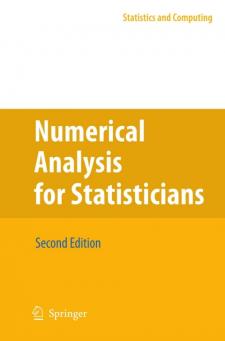 The main theme of this monograph is &quote;comparative statistical inference. &quote; While the topics covered have been carefully selected (they are, for example, restricted to pr- lems of statistical estimation), my aim is to provide ideas and examples which will assist a statistician, or a statistical practitioner, in comparing the performance one can expect from using either Bayesian or classical (aka, frequentist) solutions in - timation problems. Before investing the hours it will take to read this monograph, one might well want to know what sets it apart from other treatises on comparative inference. The two books that are closest to the present work are the well-known tomes by Barnett (1999) and Cox (2006). These books do indeed consider the c- ceptual and methodological differences between Bayesian and frequentist methods. What is largely absent from them, however, are answers to the question: &quote;which - proach should one use in a given problem?&quote; It is this latter issue that this monograph is intended to investigate. There are many books on Bayesian inference, including, for example, the widely used texts by Carlin and Louis (2008) and Gelman, Carlin, Stern and Rubin (2004). These books differ from the present work in that they begin with the premise that a Bayesian treatment is called for and then provide guidance on how a Bayesian an- ysis should be executed. Similarly, there are many books written from a classical perspective.