Okinawa and Jeju: Bases of Discontent 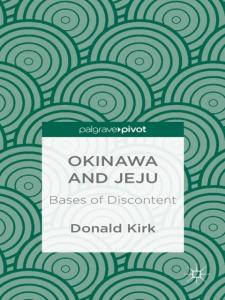 This book investigates for the first time the parallels between two island appendages of much larger governments - Okinawa, Japan's southernmost island prefecture, in ferment over historic US bases; Jeju embroiled over a new South Korean naval base. The people of Okinawa and Jeju share a common fear of bloody conflict again erupting around them and suspect their governments would sacrifice their interests in a much larger war in a fight for regional control between the US, Japan, and China.