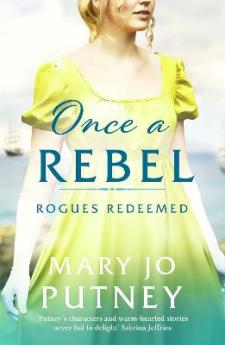 Separated by society once before, this time they'll fight to stay together.As Washington burns, Callista Brooke is trapped in the battle between her native England and her adopted homeland. She is on the verge of losing everything, including her life, when a handsome Englishman cuts through the violent crowd to claim her as his.

Lord George Gordon Audley was Callista's best friend, but his attempt to rescue her from a loathsome arranged marriage had him sent on a one-way trip to the penal colony of Australia. Against all odds, he survived, and now he vows to do whatever is necessary to protect Callista.

But their friendship has become a dangerous passion that may save or destroy them when they challenge the aristocratic society that exiled them both.

A sweeping and dramatic historical romance for fans of Bridgerton and Johanna Lindsey.