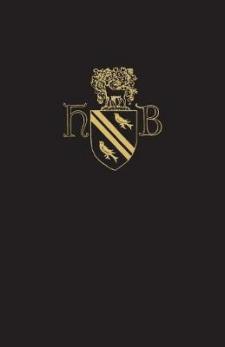 The abbey of Fecamp, reformed in the early years of the eleventh century by William of Volpiano, abbot of St-Benigne at Dijon, was a key institution in the development of Norman monasticism in the middle ages. As one of the most energetic monastic reformers of his time, William was noted for the attention he paid to the liturgy of the many abbeys he superintended, and his liturgical cursus was influential in English and continental monastic houses.
The Fecamp Ordinal, edited here from a manuscript of the early thirteenth century, but transmitting the liturgy observed in the abbey some two centuries earlier, is the first complete source of William's liturgical work to be printed. It is expanded by readings from complementary Fecamp service books, creating a text which gives a particularly detailed view of medieval monastic liturgy. The first volume contains the Temporale; this volume contains the remainder of the Ordinal (Sanctorale, Commune Sanctorum and Miscellanea), together with comprehensive indexes.
DAVID CHADD teaches in the School of Music at the University of East Anglia.