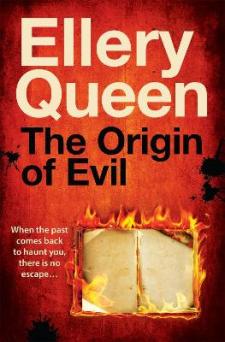 The Origin of Evil

When the past comes back to haunt you, there is no escape.

A dead dog, a green alligator wallet, a burned book and a series of cryptic notes send Ellery Queen on the trail of a murderer.

Laurel Hill, daughter of Hollywood jeweller Leander Hill, believes that her father was frightened to death, and asks Ellery Queen to investigate. Someone is still out to get Hill's business partner, Roger Priam, but he's not talking. And it appears that a mysterious and violent incident in the men's past may be at the heart of the matter.

When Priam begins to receive a series of less than pleasant 'gifts', master detective Ellery Queen must discern the pattern that connects the clues and the notes, and entrap the criminal.