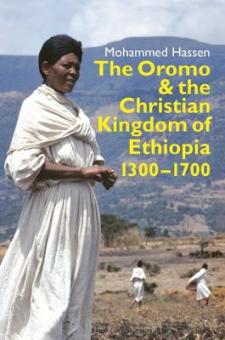 This revisionary account of the Oromo people and the Christian kingdom of Ethiopia transforms our perception of the country's development, rebutting the common depiction of the Oromo as no more than a destructive force and demonstrating their significant role in shaping the course of Ethiopian history.
Tracing the early history of the Oromo as part of the Cushitic language speaking family of peoples, it establishes that they were neither foreigners nor newcomers to Ethiopia, but have been an integral part of the indigenous population since at least the first half of the 14th century. The massive 16th-century pastoral Oromo population movement revolutionized relations between the Christians and the Oromo. During the long process of assimilation that followed, with periods of both war and peace in central and southern Ethiopia, Oromo society was able to absorb and assimilate Cushitic and Semitic language speakers and Oromize them through the open, democratic and egalitarian Gada system; while in northern Ethiopia the Oromo themselves were absorbed into Christian Amhara society.

Mohammed Hassen is Associate Professor in the Department of History, Georgia State University. His books include The Oromo of Ethiopia: A History, 1570 to 1860 (Cambridge University Press, 1990). He is a Contributing Editor of The Journal of Oromo Studies and The Horn of Africa journal.