Orthodox Christianity and the Politics of Transition 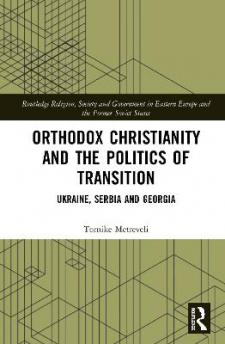 This book discusses in detail how Orthodox Christianity was involved in and influenced political transition in Ukraine, Serbia, and Georgia after the collapse of communism. Based on original research, including extensive interviews with clergy and parishioners as well as historical, legal, and policy analysis, the book argues that the nature of the involvement of churches in post-communist politics depended on whether the interests of the church (for example, in education, the legal system or economic activity) were accommodated or threatened: if accommodated, churches confined themselves to the sacred domain; if threatened, they engaged in daily politics. If churches competed with each other for organizational interests, they evoked the support of nationalism while remaining within the religious domain.