The Other Side of the Sea 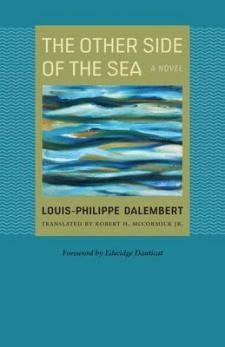 The Other Side of the Sea, the first novel by this major Haitian author to be translated into English, expresses a powerful preoccupation with other shores - whether it is the ancestral Africa that still haunts Haitians, the America to which so many have emigrated, or even that final shore, the uncertain afterlife awaiting us all. With two generations sharing the narration, this rich and concise tale covers an impressive span of Haitian history and emotion. Too old to leave her veranda, Noubot reflects on her past, touching on the 1937 Parsley Massacre, in which thousands of Haitians died at the hands of Dominican soldiers, and lamenting the exodus of so many young people from Haiti, although, ironically, she dreamed of making the trip herself (her name means New Boat in Creole). Her story is juxtaposed with that of her grandson, Jonas, as he suffers the abandonment of friends - including his lover - who emigrated during the Duvalier dictatorships, even feeling an urge to join them. Perhaps most striking is the addition of a third voice - that of an anonymous passenger in steerage recounting a slave ship's progress to the New World from Africa. This voice from long ago provides a powerful depiction of the sights, sounds, and smells of the Middle Passage and a fascinating counterpoint to the evocations of modern Haiti.