The Ottoman Army and the First World War 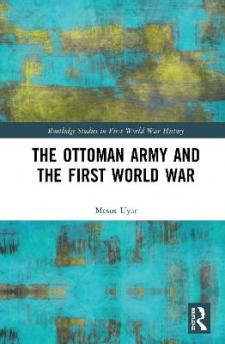 This is a comprehensive new operational military history of the Ottoman army during the First World War. Drawing from archives, official military histories, personal war narratives and sizable Turkish secondary literature, it tells the incredible story of the Ottoman army's struggle from the mountains of the Caucasus to the deserts of Arabia and the bloody shores of Gallipoli. The Ottoman army, by opening new fronts, diverted and kept sizeable units of British, Russian and French forces away from the main theatres and even sent reinforcements to Austro-Hungary and Bulgaria. Against all odds the Ottoman army ultimately achieved some striking successes, not only on the battlefield, but in their total mobilization of the empire's meagre human and economic resources. However, even by the terrible standards of the First World War, these achievements came at a terrible price in casualties and, ultimately, loss of territory. Thus, instead of improving the integrity and security of the empire, the war effectively dismantled it and created situations and problems hitherto undreamed of by a besieged Ottoman leadership. In a unique account, Uyar revises our understanding of the war in the Middle East.