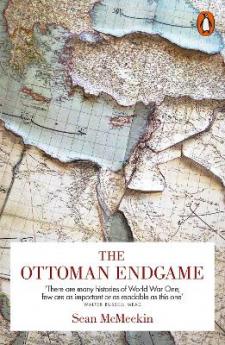 'An outstanding history ... one of the best writers on the First World War' Simon Sebag Montefiore

Shortlisted for the Duke of Westminster Medal for Military Literature

The Ottoman Endgame is the first, and definitive, single-volume history of the Ottoman empire's agonising war for survival. Beginning with Italy's invasion of Ottoman Tripoli in September 1911, the Empire was in a permanent state of emergency, with hardly a frontier not under direct threat. Assailed by enemies on all sides, the Empire-which had for generations been assumed to be a rotten shell-proved to be strikingly resilient, beating off major attacks at Gallipoli and in Mesopotamia before finally being brought down in the general ruin of the Central Powers in 1918.

As the Europeans planned to partition all its lands between them and with even Istanbul seemingly helpless in the face of the triumphant Entente, an absolutely unexpected entity emerged: modern Turkey. Under the startling genius of Mustafa Kemal Ataturk, a powerful new state emerged from the Empire's fragments.

This is the first time an author has woven the entire epic together from start to finish - and it will cause many readers to fundamentally re-evaluate their understanding of the conflict. The consequences, well into the 21st century, could not have been more momentous - with countries as various as Serbia, Greece, Libya, Armenia, Iraq and Syria still living with them.