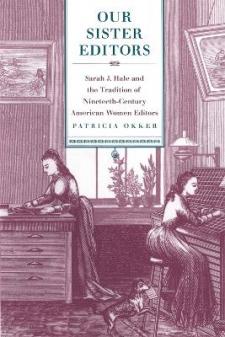 Our Sister Editors is the first book-length study of Sarah J. Hale's editorial career. From 1828 to 1836 Hale edited the Boston-based Ladies' Magazine and then from 1837 to 1877 Philadelphia's Godey's Lady's Book, which on the eve of the Civil War was the most widely read magazine in the United States, boasting more than 150,000 subscribers. Hale reviewed thousands of books, regularly contributed her own fiction and poetry to her magazines, wrote monthly editorials, and published the works of such writers as Nathaniel Hawthorne, Edgar Allan Poe, Harriet Beecher Stowe, and Lydia Sigourney. Okker successfully relates Hale's contributions both to debates about the status of women and to the development of American literature. Unlike many of her contemporaries, Hale insisted on the power of women within both the public and private spheres. Throughout her long career, Hale helped popularize new ideas about reading and genre, and she made significant contributions to the development of professional authorship.Our Sister Editors also provides the first overview of the large and diverse group of nineteenth-century women editors. In her examination of the role of women as editors, owners, and publishers of periodicals and her use of Hale's career to exemplify and discuss a series of major issues related to women's writing and reading in Victorian America, Patricia Okker offers a provocative revisionist study.