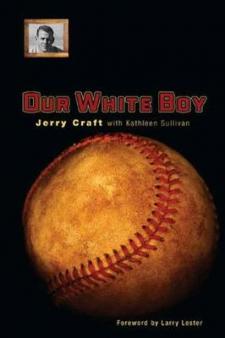 In the Jim Crow South, is an inspiring story of 'Jackie Robinson in reverse'. At the outset of summer break in 1959, Texas Tech senior Jerry Craft had no more enticing options than to stay home and help on the family ranch-so the telephoned offer to play for a semipro baseball club he'd never heard of came as a welcome surprise. But Craft was in for an even bigger surprise when he reported for tryout and discovered he'd been recruited for the West Texas Colored League. Wichita Falls/Graham Stars manager Carl Sedberry persuaded Craft to put aside his misgivings and pitch for the Stars. Despite the derision of black teammates, fans, and opponents, and his own trepidation, 'that white boy' took the mound to close a rousing victory in his first game. At home and on the road in segregated Texas, Craft saw discrimination firsthand and from every side. Yet out of his two seasons with the Stars comes an unlikely story of respect, character, humor, and ultimately friendship as the teammates pulled together to succeed in a game they loved.