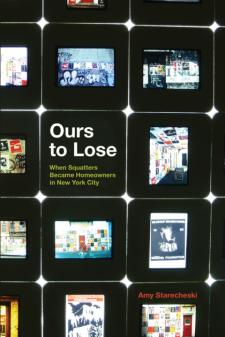 Though New York's Lower East Side today is home to high-end condos and hip restaurants, it was for decades an infamous site of blight, open-air drug dealing, and class conflict-an emblematic example of the tattered state of 1970s and '80s Manhattan. Those decades of strife, however, also gave the Lower East Side something unusual: a radical movement that blended urban homesteading and European-style squatting in a way never before seen in the United States. Ours to Lose tells the oral history of that movement through a close look at a diverse group of Lower East Side squatters who occupied abandoned city-owned buildings in the 1980s, fought to keep them for decades, and eventually began a long, complicated process to turn their illegal occupancy into legal cooperative ownership. Amy Starecheski here not only tells a little-known New York story, she also shows how property shapes our sense of ourselves as social beings and explores the ethics of homeownership and debt in post-recession America.