The Oxford Handbook of Italian Politics 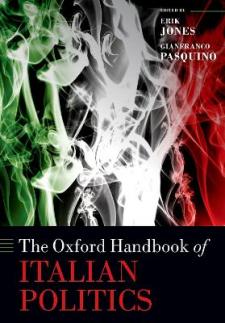 The Oxford Handbook of Italian Politics provides a comprehensive look at the political life of one of Europe's most exciting and turbulent democracies.

Under the hegemonic influence of Christian Democracy in the early post-World War II decades, Italy went through a period of rapid growth and political transformation. In part this resulted in tumult and a crisis of governability; however, it also gave rise to innovation in the form of Eurocommunism and new forms of political accommodation. The great strength of Italy lay in its constitution; its great weakness lay in certain legacies of the past. Organized crime-popularly but not exclusively
associated with the mafia-is one example. A self-contained and well entrenched 'caste' of political and economic elites is another. These weaknesses became apparent in the breakdown of political order in the late 1980s and early 1990s. This ushered in a combination of populist political mobilization
and experimentation with electoral systems design, and the result has been more evolutionary than transformative. Italian politics today is different from what it was during the immediate post-World War II period, but it still shows many of the influences of the past.