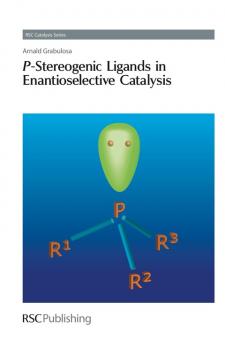 P-stereogenic ligands were among the first to be used in asymmetric catalysis but synthetic difficulties and prejudices have hampered their development. However, continuous screening for new chiral ligands means that they can no longer be ignored and this rigorous reference source reflects their renaissance. The book is filled with many examples from recent primary literature. The synthetic chemist will easily be able to follow the preparation methods which are accompanied by a description of the challenges and limitations. Those working in homogenous catalysis, and wanting to increase their repertoire of ligands, will be able to establish which have already been used in each reaction and their performance. This book provides comprehensive coverage of the application of P-stereogenic ligands in homogeneous catalysis. It begins with a brief chapter on generalities of P-stereogenic compounds: history, configurational stability, and interconversions among them.The book then goes on to describe the main preparative methods, from resolution of racemates to enantioselective catalysis, before focusing on the catalytic applications of P-stereogenic ligands. Chapter 7 describes the use of the ligands in catalytic hydrogenation and related reactions whereas chapter 8 deals with other reactions, mainly C-C bond forming reactions. The aim of these two final chapters is to give an outline of the usefulness of the ligands in homogeneous catalysis.