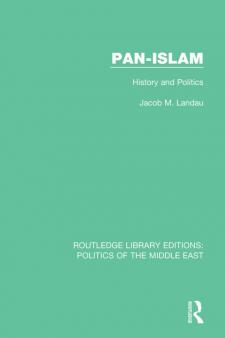 Few ideas have excited such passions over the years as Pan-Islam, and few have been the subject of so many contradictory interpretations. Based on a shared religious sentiment, the politics of Muslim unity and solidarity have had to contend with the impact of both secularism and nationalism. Professor Landau’s study, first published in 1990 as The Politics of Pan-Islam, is the first comprehensive examination of the politics of Pan-Islam, its ideologies and movements, over the last 120 years. Starting with the plans and activities of Abdülhamid II and his agents, he covers the fortunes of Pan-Islam up to and including the marked increase in Pan-Islamic sentiment and organization in the 1970s and 1980s. The study is based on a scholarly analysis of archival and other sources in many languages. It covers an area from Morocco in the west to India and Pakistan in the east and from Russia and Turkey to the Arabian Peninsula. It will provide a unique reference point for anyone wishing to understand the impact of Pan-Islam on international politics today.