Parnell and his Times 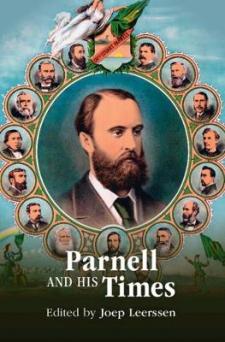 Marked by names such as W. B. Yeats, James Joyce and Patrick Pearse, the decade 1910-1920 was a period of revolutionary change in Ireland, in literature, politics and public opinion. What fed the creative and reformist urge besides the circumstances of the moment and a vision of the future? The leading experts in Irish history, literature and culture assembled in this volume argue that the shadow of the past was also a driving factor: the traumatic, undigested memory of the defeat and death of the charismatic national leader Charles Stewart Parnell (1846-1891). The authors reassess Parnell's impact on the Ireland of his time, its cultural, religious, political and intellectual life, in order to trace his posthumous influence into the early twentieth century in fields such as political activism, memory culture, history-writing, and literature.