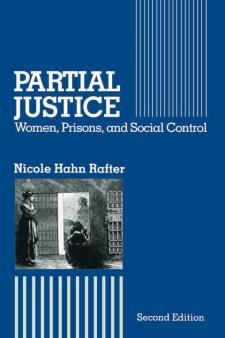 Contemporary Research on crime, prisons, and social control has largely ignored women. Partial Justice, the only full-scale study of the origins and development of women's prisons in the United States, traces their evolution from the late eighteenth century to the present day. It shows that the character of penal treatment was involved in the very definition of womanhood for incarcerated women, a definition that varied by race and social class. Rafter traces the evolution of women's prisons, showing that it followed two markedly different models. Custodial institutions for women literally grew out of men's penitentiaries, starting from a separate room for women. Eventually women were housed in their own separate facilities-a development that ironically inaugurated a continuing history of inmate neglect. Then, later in the nineteenth century, women convicted of milder offenses, such as morals charges, were placed into a new kind of institution. The reformatory was a result of middle-class reform movements, and it attempted to rehabilitate to a degree unknown in men's prisons. Tracing regional and racial variations in these two branches of institutions over time, Rafter finds that the criminal justice system has historically meted out partial justice to female inmates. Women have benefited in neither case. Partial Justice draws in first-hand accounts, legislative documents, reports by investigatory commissions, and most importantly, the records of over 4,600 female prisoners taken from the original registers of five institutions. This second edition includes two new chapters that bring the story into the present day and discusses measures now being used to challenge the partial justice women have historically experienced.