Partnership and Profit in Medieval Islam 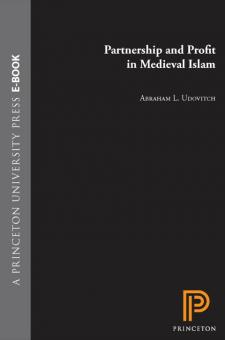 From the point of view of economic history, the ideal way to study any institution of commercial law would be to compare the information contained in legal codes and treatises with the material relating to its application in economic life as manifested by actual contracts, letters, and business records found in archives and other repositories. In the case of the early centuries of the Islamic period, available sources unfortunately preclude such a procedure. Theoretical legal texts exist in abundance, but any corresponding documentary material is for all practical purposes non-extant. In order to determine if the framework in which the trade and commerce of the early Islamic period was carried on--a trade known to have been active and important--we must of necessity rely on legal treatises for most of our information, which trying wherever possible to call upon whatever meager help other literary sources may provide. In the absence of documentary and similar sources, the possibility of investigating the quantitative aspects of trade is all but eliminated. However, in those areas of trade which have been described as qualitative, such as the variety of goods exchanged, the specialization of the merchant class, and the complexity of business methods, legal and other literary sources provide a great deal of valuable information. It is with the institutions of partnership and commenda in the early Islamic period, two of the qualitative components of trade, that Abraham L. Udovitch makes his primary focus in Partnership and Profit in Medieval Islam.