Pascal and the Arts of the Mind 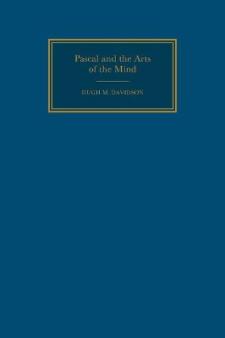 This 1993 book studies the ways in which Pascal posed and solved intellectual problems in three very different areas of his work: mathematics and mathematical physics, religious experience and theology, communication and controversy. Hugh Davidson shows how three of the classical 'liberal arts', rhetoric, dialectic and geometry, pervade Pascal's method as liberating and guiding influences in his search for truth. They appear throughout his production and are used and adapted with great skill both in his attacks on tradition in mathematics and physics and in his defences of tradition in the sphere of religion and morality. Professor Davidson throws light on both the diversity and the unity of Pascal's thought, and places it in the context of other seventeenth-century innovations in the use of traditional disciplines.