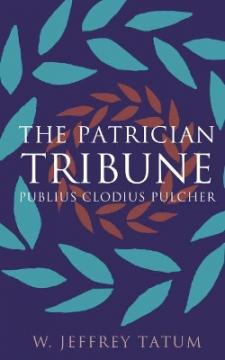 Publius Clodius Pulcher was a prominent political figure during the last years of the Roman Republic. Born into an illustrious patrician family, his early career was sullied by military failures and especially by the scandal that resulted from his allegedly disguising himself as a woman in order to sneak into a forbidden religious ceremony in the hope of seducing Caesar's wife. Clodius survived this disgrace, however, and emerged as a major political force. He renounced his patrician status and was elected tribune of the people. As tribune, he pursued an ambitious legislative agenda, winning the loyalties of the common people of Rome to such a degree that he was soon able to summon forceful, even violent, demonstrations on his own behalf.

The first modern, comprehensive biography of Clodius, The Patrician Tribune traces his career from its earliest stages until its end in 52 B.C., when he was murdered by a political rival. Jeffrey Tatum explores Clodius's political successes, as well as the limitations of his popular strategies, within the broader context of Roman political practices. In the process, Tatum illuminates the relationship between the political contests of Rome's elite and the daily struggles of Rome's urban poor.