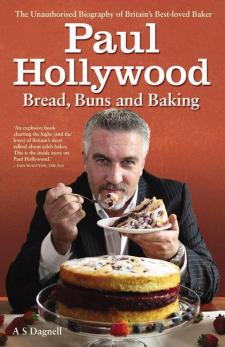 Paul Hollywood is without doubt the man of the moment in British baking. His luxurious dough recipes have been single-handedly responsible for the mass ignition of ovens across the UK since the advent of The Great British Bake Off. Admired for his straight-talking style and amazing technical knowledge, Paul's judging partnership with Mary Berry has been described as one of television's best ever.Having made the cross-Atlantic jump to judge in The Great American Baking Competition, it's clear that there is no stopping the magnetic Liverpudlian. And make no mistake: Hollywood has the magic touch in the kitchen to back up his fame, with his artisanal baking business even supplying a ?15 loaf to Harrods.But then, he was always destined for great things. Descended from a line of illustrious bakers, Hollywood originally trained as a sculptor, giving him the deftly skilful hands his viewers delight in watching. From kneading dough as a 17-year-old apprentice to his father to working as head baker at the prestigious Dorchester Hotel, his professional career is legendary.For the first time, this compelling biography sheds light on the man behind the counter, from his youth on Merseyside to the sunny climes of Cyprus and beyond. Journalist A S Dagnell delves deep into Paul Hollywood's story and charts the ingredients that have shaped this enigmatic character into the dazzlingly talented king of British baking.