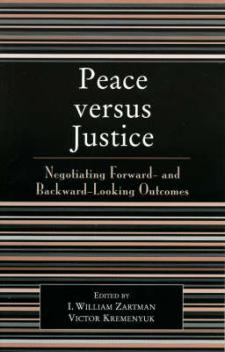 This book examines the costs and benefits of ending the fighting in a range of conflicts, and probes the reasons why negotiators provide, or fail to provide, resolutions that go beyond just 'stopping the shooting.' What is the desired and achievable mix between negotiation strategies that look backward to end current hostilities and those that look ahead to prevent their recurrence? To answer that question, a wide range of case studies is marshaled to explore relevant peacemaking situations, from the end of the Thirty Years' War and the Napoleonic Wars, to more recent settlements of the late 20th and early 21st centuries-including large scale conflicts like the end of WW II and smaller scale, sometimes internal conflicts like those in Cyprus, Armenia and Azerbaijan, and Mozambique. Cases on Bosnia and the Middle East add extra interest. Published in cooperation with the International Institute for Applied Systems Analysis, this important research is expertly edited by renowned conflict scholars I. William Zartman and Victor Kremenyuk, and includes original case studies from scholars and practitioners around the globe including Janice Gross Stein, Daniel Druckman, and Beth Simmons, among many others.