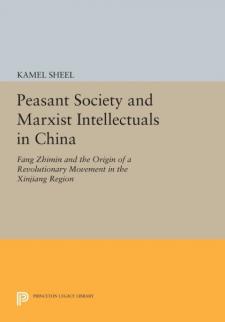 Whereas most writing on the Communist Revolution in China has concentrated on the influence of intellectual leaders, this book examines the role of peasants in the upheaval, viewing them not as a malleable mass but as a dynamic social force interacting with the radical intelligentsia. Focusing on the Xinjiang region, Kamal Sheel traces the historical roots of the early twentieth-century agrarian crisis that led to a large-scale revolution in the late 1920s, one of the most successful peasant movements organized by the Chinese Communists. A fresh analysis emerges of the remarkable Marxist intellectual Fang Zhimin, who used his deeply entrenched rural connections to organize the movement through a creative synthesis of traditional folk concepts with modern Marxist thought. This history begins with the impact of the Taiping Rebellion and proceeds to document the rapid disintegration of the small peasant economy under the pressures of world economics, a &quote;state in crisis,&quote; and a qualitatively different landed upper class. It discusses exploitation, protest, and rural uprisings in the context of the &quote;crisis of paternalism,&quote; marked by a progressive deterioration in the social relationships in rural areas. Integrating this investigation of rural upheaval with recent social science theories on peasant movements, the study ultimately explores the growth of the Xinjiang revolutionary movement.Originally published in 1989.The Princeton Legacy Library uses the latest print-on-demand technology to again make available previously out-of-print books from the distinguished backlist of Princeton University Press. These editions preserve the original texts of these important books while presenting them in durable paperback and hardcover editions. The goal of the Princeton Legacy Library is to vastly increase access to the rich scholarly heritage found in the thousands of books published by Princeton University Press since its founding in 1905.