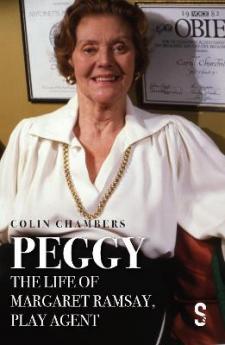 With a new foreword by Stewart Pringle, Playwright and Dramaturg of the National Theatre of Great Britain.

Winner of the 1997 Theatre Book Prize

Peggy Ramsay was the most admired British play agent of the twentieth century. With a matchless ability to visualise a play just by reading it on the page, she set up in business in 1953, and over the years nurtured and developed the most dazzling client list which included Eugene Ionesco, Joe Orton, Robert Bolt, David Mercer, John McGrath, Iris Murdoch, John Mortimer, James Saunders, Peter Nichols, Charles Wood, Ann Jellicoe, Edward Bond, Christopher Hampton, David Hare, Alan Ayckbourn, Caryl Churchill, Howard Brenton and Willy Russell. Her role in the development of modern British drama was central.

One of the most remarkable things about her was her instinctive generosity. Peggy believed that the living playwright belonged at the centre of the theatre. A theatre without new writing talent to refresh it was worthless.