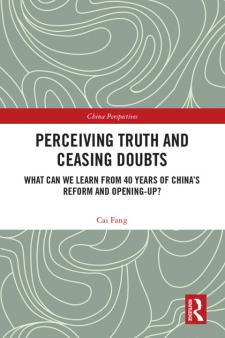 China has experienced tremendous developmental success since its reform and opening-up policy in 1978. What has contributed to China’s high-speed economic growth? What lessons can be learned from China’s successful case? What might be the challenges that China would face on its path to becoming a high-income country? These are some critical questions this book addresses. Based on the facts and economic logic, this book briefly narrates the history of China’s successful development in the past 40 years and explains why China's reform and opening-up has boosted the high-speed growth of its economy. Recognizing the change in the stage of economic development, the author reveals the emerging challenges facing China when transitioning from a middle-income country to a high-income country. He proposes that the country should transition from the demographic dividend to reform dividend to sustain the long-term development. With its scholarly analysis and plain language, this book would not only attract scholars and students in economics and China studies but also readers interested in the development of the Chinese economy.