Permanence of the Political 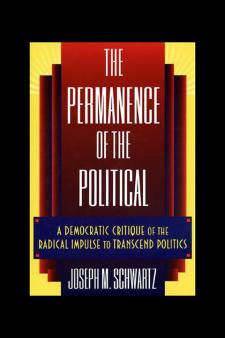 Why have radical political theorists, whose thinking inspired mass movements for democracy, been so suspicious of political plurality? According to Joseph Schwartz, their doubts were involved with an effort to transcend politics. Mistakenly equating all social difference with the harmful way in which particular interests dominated marketplace societies, radical thinkers sought a comprehensive set of &quote;true human interests&quote; that would completely abolish political strife. In extensive analyses of Rousseau, Hegel, Marx, Lenin, and Arendt, Schwartz seeks to mediate the radical critique of democratic capitalist societies with the concern for pluralism evidenced in both liberal and postmodern thought. He thus escapes the authoritarian potential of the radical position, while appropriating its more democratic implications.In Schwartz's view, a reconstructed radical democratic theory of politics must sustain liberalism's defense of individual rights and social pluralism, while redressing the liberal failure to question structural inequalities. In proposing such a theory, he criticizes communitarianism for its premodern longing for a monolithic, virtuous society, and challenges the &quote;politics of difference&quote; for its failure to question the undemocratic terrain of power on which &quote;difference&quote; is constructed. In conclusion, he maintains that an equitable distribution of power and resources among social groups necessitates not the transcendence of politics but its democratic expansion.