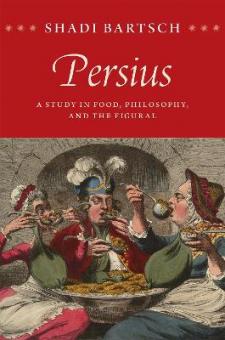 The Roman poet and satirist Persius (34-62 CE) was unique among his peers for lampooning literary and social conventions from a distinctly Stoic point of view. A curious amalgam of mocking wit and philosophy, his Satires are rife with violent metaphors and unpleasant imagery and show little concern for the reader's enjoyment or understanding. In Persius, Shadi Bartsch explores this Stoic framework and argues that Persius sets his own bizarre metaphors of food, digestion, and sexuality against more appealing imagery to show that the latter - and the poetry containing it - harms rather than helps its audience. Ultimately, he encourages us to abandon metaphor altogether in favor of the non-emotive abstract truths of Stoic philosophy, to live in a world where neither alluring poetry, nor rich food, nor sexual charm play a role in philosophical teaching.