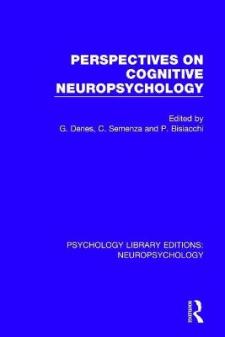 Originally published in 1988, neuropsychology had evolved considerably in the decade prior to publication. Methods of research had changed, new topics of interests had emerged, and there had also been an ongoing debate as to the objectives of the field. This evolution had most radically affected the study of cognitive disorders - an area that had developed particularly rapidly in the years before and that ultimately became a field of inquiry in its own right, that of cognitive neuropsychology.

The contributors to this volume all share a fascination with the new perspectives for understanding how the mind works that have arisen from the study of impaired cognition. Yet, and this was very characteristic of the state of the art in cognitive neuropsychology at the time, they disagreed on many important issues, even those pertaining to the most basic assumptions of their discipline. Therefore, the first part of this book is devoted to an attempt to define and clarify these basic issues and to the confrontation of alternative views. The remaining parts present original studies on several topics of particular interest in cognitive neuropsychology.