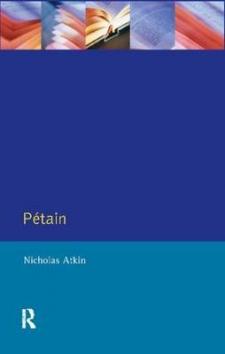 Petain (1856-1951) remains one of the most controversial figures in the history of modern France. He was saviour of his country at Verdun in 1916 during the First World War, but tried for treason as head of state of the collaborationist Vichy government after World War II. Were his actions those of a traitor? - or a patriot facing the total disintegration of his country? In exploring the actions of this controversial figure, Nicholas Atkin also reveals the divisions and uncertainties of France herself.