Philosophy and Engineering: An Emerging Agenda 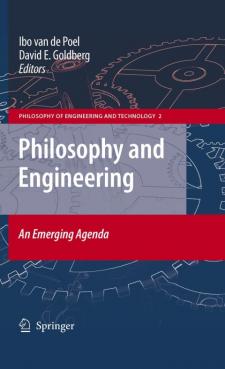 Conservation and biodiversity of protists The conservation of biodiversity is not just an issue of plants and vertebrates. It is the scarcely visible invertebrates and myriads of other microscopic organisms that are crucial to the maintenance of ecological processes on which all larger organisms and the composition of the atmosphere ultimately depend. Biodiversity and Conservation endeavours to take an holistic view of biodiversity, and when the opportunity arises to issue collections of papers dealing with too-often neglected groups of organisms. The protists, essentially eukaryotes that cannot be classi?ed in the kingdoms of animals, fungi, or plants, include some of the lea- known groups of organisms on earth. They are generally treated as a separate kingdom, commonly named Protista (or Protoctista) in textbooks, but in reality they are a mixture of organisms with disparate a?nities. Some authors have hypothesized that the numbers of protists are not especially large, and that many have extraordinarily wide distributions. However, the p- ture that unfolds from the latest studies discussed in this issue is di?erent. There are many species with wide ranges, and proportionately more cosmopolitan species than in macroorganism groups, as a result of their long evolutionary histories, but there are also de?nite patterns and geographical restrictions to be found. Further, some protists are linked to host organisms as mutualists or parasites and necessarily con?ned to the distributions of their hosts.