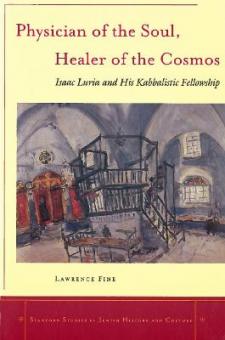 Physician of the Soul, Healer of the Cosmos

Isaac Luria (1534-1572) is one of the most extraordinary and influential mystical figures in the history of Judaism, a visionary teacher who helped shape the course of nearly all subsequent Jewish mysticism. Given his importance, it is remarkable that this is the first scholarly work on him in English.

Most studies of Lurianic Kabbalah focus on Luria's mythic and speculative ideas or on the ritual and contemplative practices he taught. The central premise of this book is that Lurianic Kabbalah was first and foremost a lived and living phenomenon in an actual social world. Thus the book focuses on Luria the person and on his relationship to his disciples. What attracted Luria's students to him? How did they react to his inspired and charismatic behavior? And what roles did Luria and his students see themselves playing in their collective quest for repair of the cosmos and messianic redemption?