Placenta as a Model and a Source 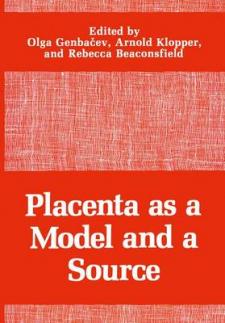 The foreword to the "book of a meeting" is often an excuse for a paen of praise, a homily, or even an apologia - and sometimes a combination of all three. While certain traditions have been dispensed with in this volume the standard pattern for the foreword has its advantages, so here at least tradition will be adhered to - though in reverse order from that stated above. It The apologia can be dismissed briefly, for the editors have explained in their General Introduction that this is not the book of a meeting. All that remains to be added here is a description of the modus operandi. Being aware that speaking and writing are different activities requiring diffe- rent presentation, each participant was asked to prepare a script for publication resembling what he would speak about only in outline. It may be that as a result the essays lack detail and are thin under some of the classical headings of scientific writing. So the reader, in turn, is asked to accept this and give his attention instead to the concepts and ideas contained therein. It may even come about that this kind of presentation will in the end result in something less ephemeral than the standard conference proceedings book. Criticism of conference proceedings and the type of meetings that give rise to these little-loved tomes is not a new phenomenom.