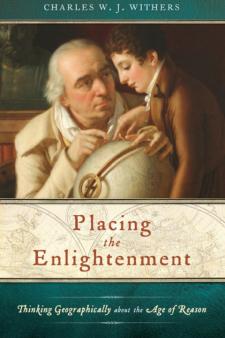 The Enlightenment was the age in which the world became modern, challenging tradition in favor of reason, freedom, and critical inquiry. While many aspects of the Enlightenment have been rigorously scrutinized-its origins and motivations, its principal characters and defining features, its legacy and modern relevance-the geographical dimensions of the era have until now largely been ignored. Placing the Enlightenment contends that the Age of Reason was not only a period of pioneering geographical investigation but also an age with spatial dimensions to its content and concerns.Investigating the role space and location played in the creation and reception of Enlightenment ideas, Charles W. J. Withers draws from the fields of art, science, history, geography, politics, and religion to explore the legacies of Enlightenment national identity, navigation, discovery, and knowledge. Ultimately, geography is revealed to be the source of much of the raw material from which philosophers fashioned theories of the human condition.Lavishly illustrated and engagingly written, Placing the Enlightenment will interest Enlightenment specialists from across the disciplines as well as any scholar curious about the role geography has played in the making of the modern world.