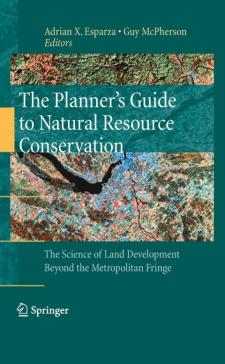 Much of the country's recent population growth is situated in exurban areas. By many accounts exurbanization has become the dominant pattern of land development in the country and there is no indication it will slow in the foreseeable future (Theobald 2005; Brown et al. 2005; Glennon and Kretser 2005). By definition, exurban development takes place beyond the metropolitan fringe, often in rural and remote areas. The development of new exurban communities is a growing trend, especially in the West. In this case, developers and homebuilders seek large tracts of land, up to thousands of acres, in rural areas (typically within 50 miles of a large city) where they plan entire communities consisting of commercial, retail and residential land uses. Recreational amenities such as golf courses and hiking/biking trails are often included in these master-planned developments. Our philosophy is reflected in the book's two objectives. First, we seek to document the extent and impacts of exurban development across the country. At issue is demonstrating why planners and the public-at-large should be concerned about exurbanization. We will demonstrate that even though exurbanization favors amenity rich regions, it affects all areas of the country through the loss of agricultural and grazing lands, impacts to watersheds and land modification. A summary of environmental impacts is presented, including the loss of wildlands and agricultural productivity, land modification, soil erosion, impacts to terrestrial hydrologic systems, the loss of biodiversity, nonnative and endangered species and other topics. Our second aim is to provide readers from diverse (nonscientific) backgrounds with a working knowledge of how and why exurbanization impacts environmental systems. This is accomplished by working closely to ensure contributors follow a specific outline for each chapter. First, contributors will spell out fundamental concepts, principles and processes that apply to their area of expertise (e.g., riparian areas). Contributors will move beyond a cursory understanding of ecological processes without overwhelming readers with the dense material found typically in specialized texts. For this reason, visuals and other support materials will be integral to each chapter. We have chosen contributors carefully based on their record as research scientists and acumen as educators. Second, once the mechanics have been laid out, authors will explain how and why land development in nearby areas influences ecosystems. Issues of interdependency, modification and adaptation, spatial scale and varying time horizons will be featured. Third, contributors will weigh in on the pros and cons of various land-development schemes. Fourth, authors will share their thinking on the merits of conservation devices such as wildlife corridors, open-space requirements and watershed management districts. Finally, each chapter will conclude by identifying pitfalls to avoid and highlighting &quote;best practices&quote; that will mitigate environmental problems or avoid them altogether. In sum, after completing each chapter, readers should have a firm grasp of relevant concepts and processes, an understanding of current research and know how to apply science to land-use decisions.