The Poetry of Sappho 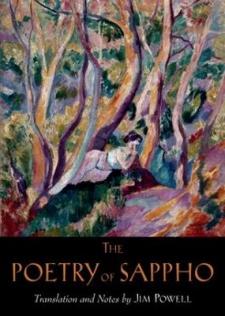 Today, thousands of years after her birth, in lands remote from her native island of Lesbos and in languages that did not exist when she wrote her poetry in Aeolic Greek, Sappho remains an important name among lovers of poetry and poets alike. Celebrated throughout antiquity as the supreme Greek poet of love and of the personal lyric, noted especially for her limpid fusion of formal poise, lucid insight, and incandescent passion, today her poetry is also prized for
its uniquely vivid participation in a living paganism. Collected in an edition of nine scrolls by scholars in the second century BC, Sappho's poetry largely disappeared when the Fourth Crusade sacked Constantinople in 1204. All that remained was one poem and a handful of quoted passages. A century
ago papyrus fragments recovered in Egypt added a half dozen important texts to Sappho's surviving works. In 2004 a new complete poem was deciphered and published. By far the most significant discovery in a hundred years, it offers a new and tellingly different example of Sappho's poetic art and reveals another side of the poet, thinking about aging and about the transmission of culture from one generation to the next. Jim Powell's translations represent a unique combination of poetic mastery in
English verse and a deep schlolarly engagement with Sappho's ancient Greek. They are incomparably faithful to the literal sense of the Greek poems and, simultaneously, to their forms, preserving the original meters and stanzas while exactly replicating the dramatic action of their sequences of
disclosure and the passionate momentum of their sentences. Powell's translations have often been anthologized and selected for use in textbooks, winning recognition among discerning readers as far the best versions in English.