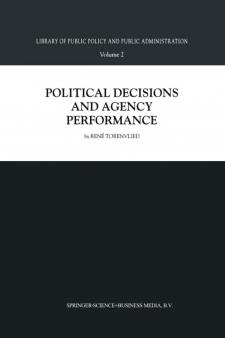 All over the world, many people who live in urban areas find themselves in an arduous social situation. In the third world, people in overcrowded metropolitan areas have a problem in maintaining even the slightest standards of living. But also richer parts of the world, the United States, Europe and the far-East, show growing social inequalities in their cities. And social problems are not confined to the large metropolitan areas: impoverishment, long-term unemployment, social isolation, and the dependency on welfare programs pops up in medium-sized cities and even in smaller communities. At the same time, these cities are confronted with a growing bureaucratic conglomerate which is increasingly inapt to fight social degeneration. The catastrophe seems to be total: how to deal at once with declining social conditions and bureaucratic inadequacy? Two American authors, Osborne and Plastrik (1997), claim to have found the answer: just banish bureaucracy. The liberating accomplishments of the free market will elevate ordinary citizens and force lazy, incompetent bureaucrats to do their work properly. If they succeed, they survive. Otherwise, these agencies will vanish. They illustrate their arguments with the American city of 'Uphill Battle' which stopped its decline by reinventing government. Strict performance measures, allotting financial controls and incentives to the citizens, and improving accountability have saved the city. We should, however, be very careful in taking such measures so far that they banish bureaucracy. It is far from obvious that simply banishing bureaucracy indeed will help people in poor social situations.